Sunny Leone And Her Journey To Bollywood 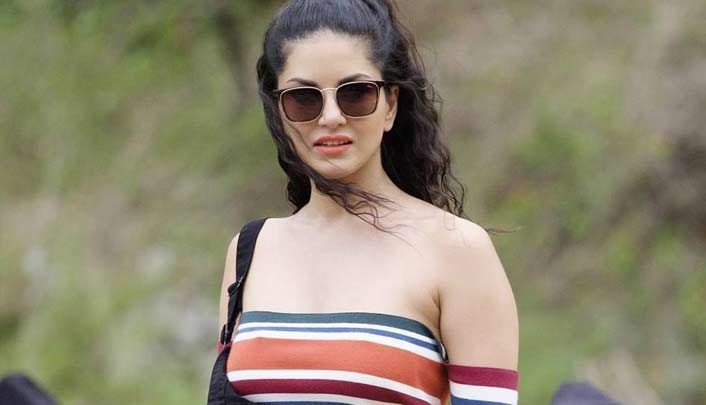 Sunny Leone And Her Journey To Bollywood

“Sunny Leone” is not a name that needs an introduction. There are hardly a few people in the entire world who have not heard sunny Leone's name. But this, not her real name. Sunny Leone's real name is Karenjit Kaur Vohra. Sunny Leone is her stage name, and she also uses her other stage name, Karen Malhotra. Sunny Leone was born on May 13th, 1981 in Canada. She is a well talented and charming Bollywood actress who has done several movies. But before coming to Bollywood, she was an adult supper started. Her mind-blowing performance in adult movies made her world-famous.

She holds American can Canadian citizenship. In 2003 she was named are Penthouse Pet of the year. Initially, she was the contract performer for Vivid Entertainment, and Maxim named her as one of the top 10 adults starts in 2010. She had acted in many mainstream films, events, and television series. In 2005 she first times appears in the mainstream when she was worked as a red carpet anchor reported for the MTV Video Music Awards on MTV India. In 2011 she participated in the Indian television reality series Bigg Boss. She has also hosted the Indian show Splitsvilla.

Sunny Leone was borne on 13th 1981 in Sarnia, Ontario, to Sikh Indian Panjabi parents. Sunny Leone's father was bone-in Tibet and raised in Delhi, and her mother was from Sirmaur, Himachal Pradesh. Sunny Leone's family died in 2008. In her adolescence, Sunny Leone was used to playing street hockey with the boys. When Sunny Leone was 13 years old, her family moved to Fort Gratiot, Michigan, then to Lake Forest, California, a later ago.

Sunny Leone had her first kiss at 11, and at 16, she loses her virginity with a basketball player. At 18, she discovered her bisexuality.

Born Of The Sunny Leone

In 2003 she was named Penthouse Pet of the year and starred in the video Penthouse Pets in Paradise alongside Tera Patrick and Kyla Cole. In 2005 she was appointed as the sales representative by Adam & Eve in their west coast internet. The same year she was signed by Vivid Entertainment for three years, and with this Sunny Leone enters in the world of hardcore adult movies, but in starting, she said to the Vivid Entertainment that she would only do lesbian scenes.

Sunny Leone, last two movies under Vivid Entertainment's first contract, were “Sunny in Brazil” and “The Sunny Experiment," which were released in October and December 2007. Vivid Entertainment re-signed Sunny Leone for the other six movies, and under this contract, she agreed to perform with men on camera, but she cleared that she will only play with her fiancé Matt Erikson. And the same year not her boobs augmentation.

Sunny Leone shot her first movie with men, which was released with the title "Sunny Loves Matt," and for this movie, she won AVN award three (3) time in 2009. She has earned AVN ward six (6) times in her entire carrier. In 2009 were also the best female performer of the year. Here next and the last movie with Matt Erikson was released in October 2008 with the title "The Other Side Of Sunny."

In 2008 Sunny Leone revealed that she is no longer in a relationship with Matt Erikson. This year she performed with other men co-actors like Tommy Gunn, Charles Dera, James Deen, and Voodoo. In 2009 Sunny Leone shown in only one movie entitled "Sunny B/G Adventure." In her last film with Vivid Entertainment, she performed with Daniel Weber, and this movie was released with the title "Undress Me." Late she married Daniel Weber.

Sunny Leone did several guest roles and item numbers. After that, she was signed by Bobby Khan's music thriller movie "Ek Paheli Leela." This movie was released in 2015, and in this movie, she got mixed critics review. In 2015 she was signed for "Kuch Kuch Locha Hia." And this movie utterly flopped on and did not perform well in the box office.

The same year in 2015, she played a cameo in "Sing Is Bling." In 2016 she performed in "Mastizaade." Along with that, Sunny Leone performed in various movies, namely, "One Night Stand," Beiimaan Love," Tina And Lolo," and Raees. In Raees, she did a particular song opposite to the Shah Rukh Khan.

Some Fact About Sunny Leone You Should Know