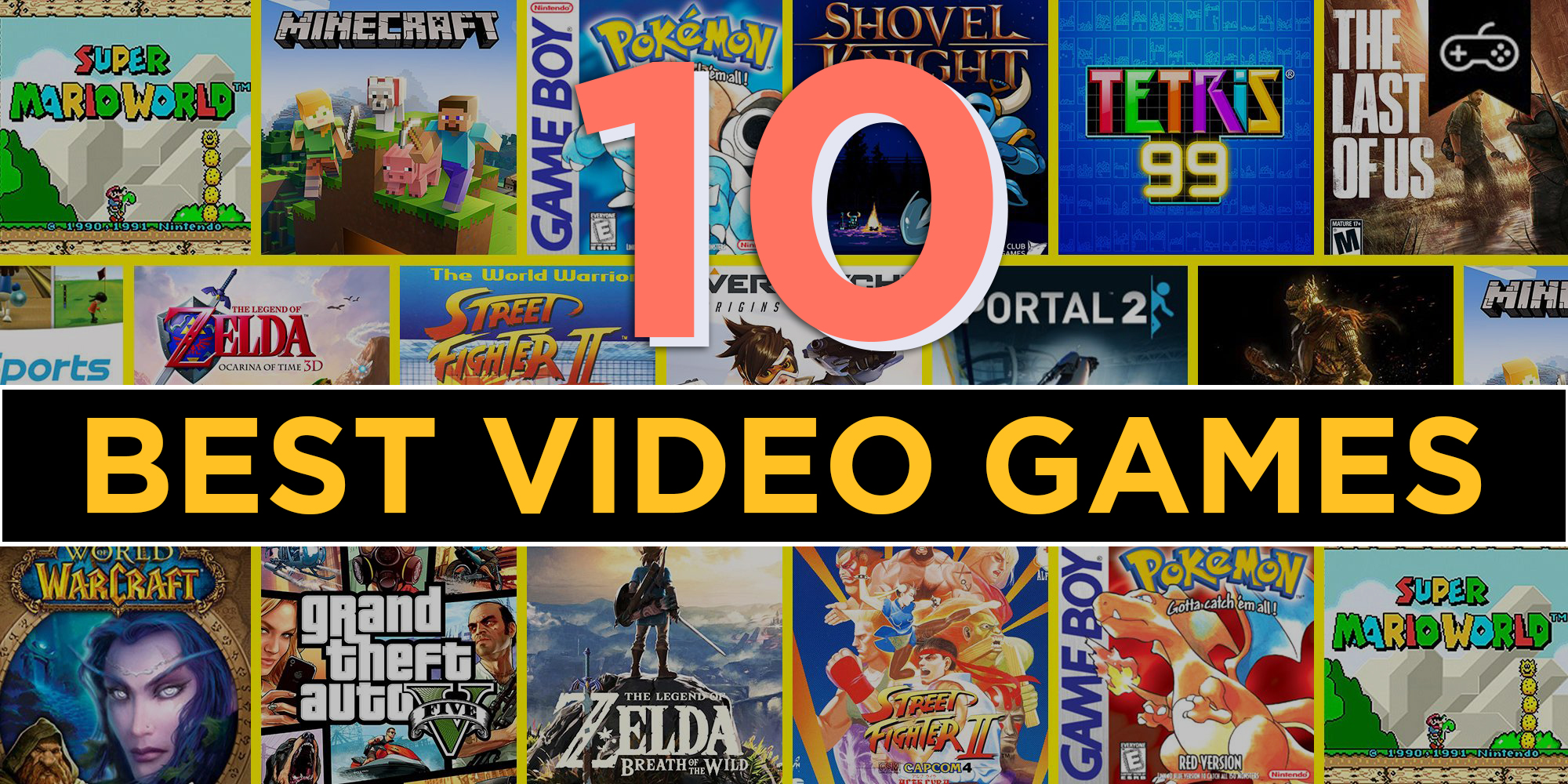 A video game is one of the electronic game which involves the interaction with a user interface to generate visual feedback on two or three-dimensional video display. There are various video games on the market. But here we have listed the top 10 most popular video games ever.

It is the Most Popular top 1st Online Game, Developed by PUBG Corporation. It has 50 million online players. It was launched in 2018. In this game, 99 players can take part at a time. That's why the game is popular due to graphics and real situation where a map and mission is assigned with enemies hiding in the bushes. This game has taken a big place on the internet and with day passing it has many players. PUBG is based upon armor and H1Z1. The players win the game if they kill all the hidden enemies and survive through the situation.

The game was launched in 2017, devolved by Epic Games, and has 39 million online players. This game took the rage in 2018. Fortnite Battle Royale has more features, equipment, and game-stages with a much higher no of players. The concept of the game is that 100 players skydive onto an island and scavenge for gear to defend themselves from other players. Players can fight alone, with one additional player, or within a group. As the match proceeds, the playable area within the island gradually constricts, giving the players less and less room to fight. The last player or team which lives wins the match

Respawn Entertainment developed this game in 2019, and it has 50 million online players per month. The persons who do not play PUBG and Fortnite but likes the battlefield games then this game is for them. This game has six players' teams with three players. Players fight with weapons against other squads at the time. The team which left more players wins the game. The game also has taken its place among the best superhero-themed video games in 2020.

It is developed by Riot Games, launched in 2009, and has 27 million online players. The players have the choice to picks their champions that can compete with other winners of the team. It has different modes and excellent graphics with much excitement on each level. It's a multiplayer action game with RPG. The goal of the game is to destroy the opposing team's "Nexus," a structure that lies at the heart of a base protected by defensive structures. Other distinct modes of the game also exist as well with varying objectives, rules, and maps. All the matches are different, with all champions starting weak but increasing in strength by accumulating more items and experience throughout the game. That's why it is an evergreen game.

The game was launched in 2014, developed by Valve Corporation, and has 32 million online players. It is a game of terrorists and counter-terrorist attacks. Where players have to accomplish missions, diffuse and plant the bombs, kills the terrorist, secure locations, and guarding the hostages shown on the map. It's also a multiplayer's shooter game. Counter-Strike rewards with cash and prizes when you kill enemies and accomplish goals. This game has received positive reviews from critics on release. It was praised for its gameplay and faithfulness, though; it was criticized for some of its new features.

This game was launched in 2012 and had 29 million online players. Blizzard Entertainment developed it. In contrast to the other games, HearthStone was a small project of Blizzard Entertainment for experiment purposes, but it got the hits. It is the game of collecting cards from different houses between two opponents, using constructed decks of 30 cards along with a selected hero with a unique power. Players use their mana crystals to play abilities and attack the opponent player. Winners get new cards and other prizes. Each of the card is used to lower the opponent's health and life to win the game.

This game was launched in 2011, has 91 million players, and Mojang develops it. It has been popular with every next game, as it is popular among both kids and adults. The game has several modes, adventure mode, creative mode, and spectator mode. Users have to survive and built their campus and have total authority to take upon animal buildings, people, and food. It's a 3D sandbox game with no many restrictions. Users can do whatever they want. It is so charming and is comfortable in any social setting or social circle.

The game was also developed by Valve Corporation in 2015 and had 5 million players. The company is spending millions of dollars on its multiplayer mode game. DOTA 2 has some e-sports scene with world players playing across the globe in various tournaments and leagues. Game is played between two teams of five players, with each side occupying and defending their separate base on the map. Every player controls a compelling character, known as a "hero," who all have unique abilities and differing styles to play. During the match, players collect points and items for their heroes to defeat the opposing team's heroes successfully. In this game a team wins, which first destroys the other team's "Ancient," a large structure located within their base.

This game was launched in 2019 by Massive Entertainment, and it has 63,817 Consoles sold. Played from a third-person perspective, in this game, players can cooperate to complete objectives. At the beginning of the game, players create their own character's gender and appearance. Players have equipped assault rifles, sniper rifles and SMGs, and explosives like grenades to defeat enemies.

Nintendo developed the game in 2015; it has 5 million online players. Splatoon 2 is a third-person shooter video game for the Wii U users. The game has fictional characters that can transform between humanoid and cephalopod forms. It hides or swims through colored ink sprayed on surfaces using gun-, bucket-, umbrella-, roller-, or paintbrush-like weapons. Splatoon has different game modes, including four-on-four online multiplayer and a single-player campaign.