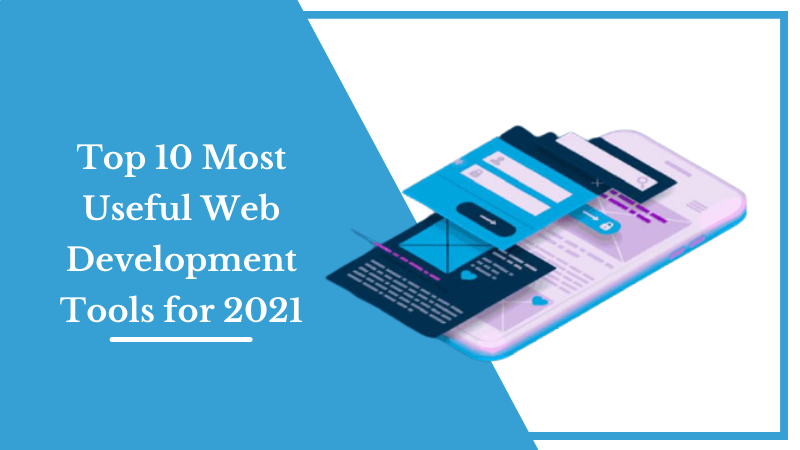 It's 2021, and you might still be using a web development tool that was optimum a decade ago. You may have several new and advanced tools at the back of your hand, yet you rely on the old ones. If that's the case, it's about time that you keep yourself up to date with the latest and most useful web development tools. Here's a list that we have created for you, have a look.

Built with a Python API, Sublime Text is a cross-platform code editor that allows developers to write codes fast and efficiently. Being one of the fastest source code editors, Sublime text will enable you to do simultaneous editing. Developers can also use keyboard shortcuts for quick editing and writing of codes with minimal or no errors. Since you can use it on multiple platforms, it is one of the widely used web development tools of 2021.

Developers will be able to provide better website design and development services as they use such web development tools for writing codes. It will ease developers' jobs while ensuring utmost accuracy.

Developers have to work with lots of codes daily, and making changes in the code might be a tedious task. And, if they end up making a mistake, revoking it could be a tough nut to crack. However, that's not the case if you use software development platforms like Github for coding.

Github allows you to view the recent changes you have implemented to the code, or it also enables developers to rollback to the previous state before changing the code. It saves developers' time, and they can utilize it in doing more productive work.

It is an open-source web development tool that can be used with several popular web browsers such as IE, Firefox, Safari, Chrome, etc. It was released in 2006, aiming to reduce the burdens of front-end web development. It extends its API to developers that can be used to create animations, implementing plugins, or navigating documents. Being one of the most popular libraries of Javascript, JQuery is widely used by developers.

Bootstrap is an open-source web tool kit that can be used for development with JS, HTML, and CSS. It is a front-end library that caters to developers' needs by helping produce mobile responsive websites. The tool also includes plugins developed in Jquery for various front-end development features. It is often used as an efficient web development tool by developers in small to large scale businesses.

Chrome has several built-in tools for developers that allows them to test web pages on the go. Developers can view the code, debug, or run the console's javascript codes using such Chrome Developer tools. Developers can also use such tools for optimizing your website speed so that users can quickly load websites.

Such web development tools will help users develop robust and secure websites efficiently. The primary purpose of such tools is to help developers code efficiently with minimum discrepancies.

It is an extension of CSS language and helps developers perform multiple operations as they have numerous mathematical operators. This web development tool features several programming functions such as nesting, looping, arguments, variables, etc. It also supports multiple inheritance functionality. Moreover, Sass has a vastly growing community and is free for developers. One can use Sass while enjoying the support of many fellow developers.

This web development tool can be used on several platforms and allows users to debug codes from the editor. You can also customize or extend it and implement new themes, debuggers, and languages to the development tool. It highlights syntax and even auto-completes the codes developers write, providing them with an improved experience. It also completes the codes smartly depending upon the function definitions, variable types, and imported modules. It is one of the widely used web development tools in 2021.

It allows developers to focus on a single task at the moment. This web development element is exclusively helpful in web designing and helps designers focus on a specific area of the site. The focused or main content area is to be treated as a child page while the other pages are treated as a parent page.

The parent pages or window remains out of focus for some time until the designer is done working on the child page. It improves web designers' efficiency and helps them focus on a single page without thinking about everything at once.

It offers developers a smart layout to create reusable and responsive components effortlessly by using multiple plugins. It features code export, vector editing, and collaboration functions making it one of the widely used and effective web development tools of 2021.

While developers and designers have multiple tools to choose from, it is best to keep their requirements in mind before making a decision. Moreover, businesses must choose a web development company that uses similar tools and resources to build a powerful website.

Auxesis Infotech is one such web development company that delivers robust and user-friendly websites to clients. They also ensure to be transparent about the tools and technologies they use for the development process.